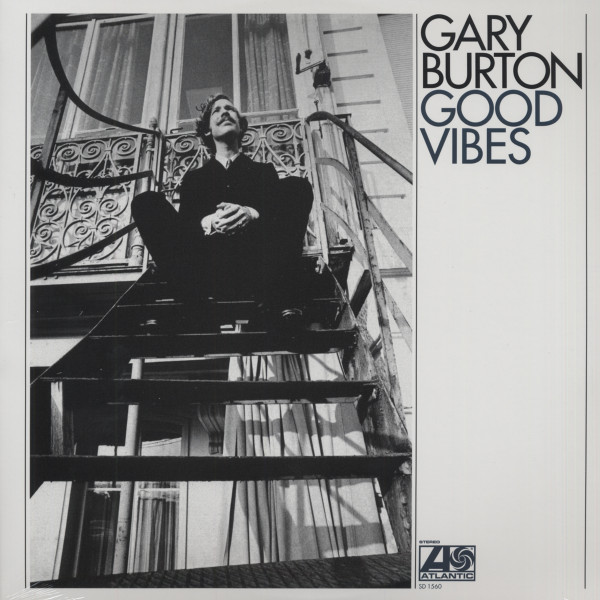 Gary Burton, born in Indiana in 1943, spent the summer of 1960 in Nashville, a period he says 'changed my life.' Having been brought there from Indiana by Boots Randolph at the behest of Hank Garland, who needed a vibes player, he was new to jazz but spent the summer playing with Garland, Boots Randolph, Chet Atkins and other Nashville studio legends. He was signed to RCA, appeared with the others on the album After The Riot At Newport (BCD 15447) and recorded with Garland on his acclaimed Columbia LP JazzWinds From A New Direction.

That fall two years of studies at Boston's Burton began Berklee College of Music (where he teaches today), a school specializing in jazz. After graduation he joined pianist George Shearing for a year then linked up with tenor sax legend Stan Getz. Getz was enjoying great commercial success by fusing jazz with the Brazilian Bossa Nova sound, and Burton appeared on his best-selling Getz Au Go Go LP in 1964. By 1966, however, Burton was about to change directions by forming his own group and mixing different musical styles.

'I was with Stan Getz at the time,' he explains. 'And you could say I was leading up to starting my own band and going out on my own. I was at that phase of my career where you're experimenting and looking for identity and so on. And I had admired the way that Getz had taken Brazilian music and mixed it with his jazz background and come up with a hybrid kind of music that had both been popular with the public and also had been a real good muical amalgam.' This idea took him back to his old stomping grounds in Nashville. 'I said to myself, the other kind of music I had a close familiarity with is country music having met a lot of the country guys when I lived there briefly, and so on. l' d always seen a lot of correlation between the instrumentalists in country music and jazz players.' ,
'It seemed like a logical thing to me. And I got together with Chet, who had been my mentor during those years at RCA and he liked the idea. So I spent a week in his office sitting there while he had his appointments and in between him sitting there and talking to people bringing in demo tapes and whatever, he would sit there and play tunes for me on the guitar.' ,

'(He'd say), 'Now, here's one you might like,' and play it for me, sing it to me or whatever and every time we'd hit one that seemed interesting to me I'd copy it down or find out where to get a sheet on it or something. Usually I'd just transcribe it from ear from what he played.' 'Chet also recommended different players. l' d say' I' d like some pieces with banjo, something with harmonica, some with this,' whatever, and he would tell me which players he thought would be the most adaptable to trying something as unusual as this. So he was a tremendous help in putting it together and helping me get the people. Half of them were people I had gotten to know from my sojourn down there and were old friends. The other half - the Osborne Brothers I had not met before - Chet recommended and they turned out to be just super to work with.'

In September, GARY BURTON itraveled to Nashville with three 1966 Burton jazz musicians, two of them members of Getz's group: bassist Steve Swallow and veteran drummer Roy Haynes, who'd worked with legends ranging from Charlie Parker and Lester Young to Miles Davis. Saxophonist Steve Marcus, a friend of Burton's from Berklee, was an alumnus of the Stan Kenton and Woody Herman orchestras. 'The idea was to bring some jazz players that would constitute a complete jazz emsemble if I needed it and then add the country players. So in some tunes it was primarily the country band with a couple of jazz soloists added; in other cases it was the jazz band with the country people added. The instrumentation switched on almost every tune from one combination to another depending on what seemed to work on that particular tune .' Bringing these particular musicians into Nashville could have caused a certain culture shock. None were as familiar with the local scene as Burton. He wondered most about Haynes, a black man. 'Roy was a traditional jazzer, and for him this was a step into another world. Swallow was more versatile and also more open to anything that happened.' Burton's concerns were groundless. 'Roy had a great time. He was a little more apprehensive at first. It was a foreign place and these were still the days when the racial situation was unclear in the South, so I think he was a little worried about what was gonna go down, but got a very warm reception and really enjoyed the musicians and the music because it was fun to do.'

'I've always said it was one of the most enjoyable social auras of any record I've ever made. The interaction between the country players and us was really warm and fun and they were having a great time, we were having fun and what was coming out was so different and unique to both of us, to both groups, that it was real fascinating.' 'These guys were in constant amazement as the dates went on, because I was taking songs that they knew and reharmonizing them, in some cases drastically, and coming up with real unusual interpretations, different  rhythm feels, different time feels. They were real intrigued and also flattered to be included in something like this.' 'Country musicians frequently are not well trained in traditional music skills. They're often self-taught and learned on the job. They're always a little bit in awe of people who are great technicians or very knowledgable. In fact, there has always been a healthy love for jazz among country instrumentalists that l' ve met and they're always in awe of it. So there was this interesting reaction that 1 got from the country players during the week...