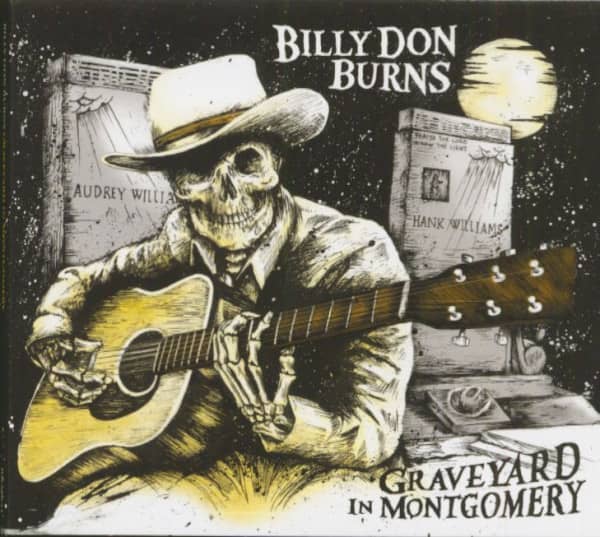 P Secure bonuspoints now
Description
Learn more about Billy Don Burns
Review 1
Description
(2017/Rusty Knuckles) 11 tracks  - I was on my way to do some gigs in Alabama and Florida,... more
Close menu

(2017/Rusty Knuckles) 11 tracks
-
I was on my way to do some gigs in Alabama and Florida, heading down I-65 through Montgomery. Once again I was telling myself, 'Don’t stop at Hank’s grave' After so many trips there over the years, I had the itch to stop in once again. Twenty times, at a minimum is how many times I have walked into that graveyard. While driving, I keep telling myself, 'Don’t stop, This is crazy.' Then before I could even change my mind, I rolled right on into Montgomery, made the turn and there I sat in front of his grave.
It was one hell of a storm going on. Lightning, rain, and thunder all around and there I was, alone in that graveyard. My drug addiction was peaking the red line. I fired up a hit of dope, got out of the car with my guitar, and wrote a verse of a song. I keep thinking lightening was going to strike my sick ass. Me and my guitar were soaked. I got back in the car, and finished the song. I was pretty messed up, but played a gig in Alabama that night.
The following day I stopped at a studio in Tallahassee and laid the song down. Soon after, my old, tired and troubled ass married wife #5 in Carrabelle, Florida and the song Graveyard In Montgomery was fully done. Just another day in the life of a honky tonk singer. - Billy Don Burns

"Friend forever. Billy Don is wise beyond his years. Great writer. Great man. A leader in all walks of life. The best man to have on your side no matter how dangerous the situation" - Billy Joe Shaver

"Every now and then... in this day of cookie cutter auto-tuned singers... every now and then I get to hear a voice singing songs that remind me of why I fell in love with music... Billy Don Burns with Nights When I'm Sober - A Portrait of a Honky Tonk Singer did that for me this morning... It's late afternoon now and I'm still being reminded... Thank you Billy Don."
- Chuck Cannon (writer of many of Toby Keith's hits) 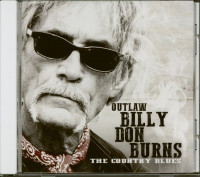 Tracklist
Burns, Billy Don - Graveyard In Montgomery (CD) CD 1
01 Neon Circus
02 Graham Parsons, Hank Williams & Me
03 This Broken Heart of Mine
04 I Need Something Real
05 The Last Thing On My Mind
06 Graveyard In Montgomery
07 Trying To Get To Memphis
08 Dead or Alive
09 Bullet Train
10 End Of The Road
11 Hey Willie
Funktionale