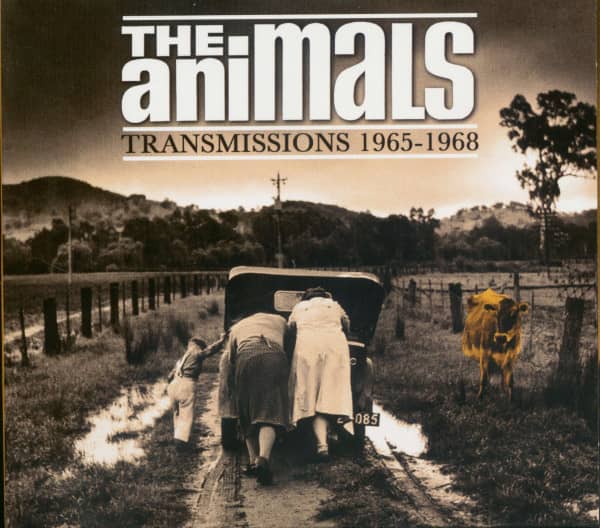 It has often been said they were dubbed "animals" because of their wild stage act, and the name stuck. In a 2013 interview, Eric Burdon denied this, stating it came from a gang of friends they used to hang out with, one of whom was "Animal" Hogg and the name was intended as a kind of tribute to him. The Animals' success in their hometown and a connec-tion with Yardbirds manager Giorgio Gomelsky mo-tivated them to move to London in 1964 in the im-mediate wake of Beatlemania and the beat boom take-over of the popular music scene, just in time to play an important role in the so-called British Inva-sion of the US music charts.

The Animals performed fiery versions of the staple rhythm and blues repertoire, covering songs by Jimmy Reed, John Lee Hooker, Nina Simone, and others. Signed to EMI's Columbia label, a rocking version of the standard "Baby Let Me Follow You Down" (retitled "Baby Let Me Take You Home") was their first single.

It was followed in June 1964 by the transatlantic number one hit -House of the Rising Sun". Burdon's howling vocals and the dramatic arrangement, featuring Alan Price's haunting organ riffs, creat-ed arguably the first folk rock hit. There is ongoing debate regarding the Animals' inspiration for their arrangement of the song, which has variously been ascribed to prior versions by Bob Dylan, folk singer Dave Van Ronk, blues singer Josh White (who re-corded it twice in 1944 and 1949), and singer/pia-nist Nina Simone (who recorded it in 1962 on Nina at the Village Gate)

It has been said that the intense arrangement of the song owes much to their desire to be the most memorable band on the multi-act tours of the U.K. they were booked on in the early days. The re-peating guitar riff and Burdon's screaming vocals did seem to ensure that of all the bands a crowd might see, the Animals were the group that peo-ple couldn't stop talking about and the song the one they couldn't get out of their heads. The Animals' two-year chart career, produced by Mickie Most, featured intense, gritty pop music covers such as Sam Cooke's "Bring It On Home To Me" and the Nina Simone-popularised num-ber "Don't Let Me Be Misunderstood". In contrast, their album tracks stayed with rhythm and blues, with John Lee Hooker's "Boom Boom" and Ray Charles' "I Believe to My Soul" as notable exam-ples. In October 1964, the group was poised to make their American debut on The Ed Sullivan Show and begin a short residency performing regularly in theatres across New York City.

The group arrived in New York City direct from John F. Kennedy In-ternational Airport in a motorcade formed of Sun-beam Alpine Series IV convertibles, with each car featuring a band member riding with a fashion model in the back seat and the rooftop down. The group drove to their hotel accompanied by the occasional shrieks of girls who had chased them down once they discovered who they were. The Animals sang "I'm Crying" and "The House of the Rising Sun" to a packed audience of hysterical girls screaming throughout both performances on Sullivan's show. In December, the MGM movie Get Yourself a College Girl was released with the Animals headlining with the Dave Clark Five. The Animals sang a Chuck Berry song, "Around and Around", in the movie.

By May 1965, the group was starting to feel inter-nal pressures. Price left due to personal and musical differences as well as fear of flying on tour. He went on to a successful career as a solo artist and with The Alan Price Set. Mick Gallagher filled in for him on keyboards for a short time until Dave Rowberry replaced him and was on hand for the hit songs "We Gotta Get out of This Place" and "It's My Life". Around that time, the Animals put together a big band to play at the 5th Annual British Jazz & Blues Festival in Richmond. The Animals Big Band made their one public appearance on 5 August 1965. As well as Burdon, Rowberry, Valentine, Chandler, and Steel, they featured a brass/horn section of Ian Carr, Kenny Wheeler, and Greg Brown on trumpets, and Stan Robinson, Al Gay, Dick Morris-sey, and Paul Carroll on saxophones.
Many of the Animals' hits had come from Brill Building songwriters recruited by Mickie Most; the group, and Burdon in particular, felt this too crea-tively restrictive. As 1965 ended, the group ended its association with Most, signed a new deal with their American label MGM Records for the US and Canada, and switched to Decca Records for the rest of the world and MGM Records producer Tom Wilson, who gave them more artistic freedom. In early 1966 MGM collected their hits on The Best of the Animals; it became their best-selling album in the US. In February 1966, Steel left and was re-placed by Barry Jenkins. A leftover rendition of Goffin-King's "Don't Bring Me Down" was the last hit as the Animals. For the single "See See Rider" the band changed its name to Eric Burdon & the Animals. By September 1966, this lineup of the group had dissipated. Burdon began work on a solo album, called Eric Is Here, which also featured Burdon's UK number 14 solo hit single, "Help Me, Girl", which he heavily promoted on TV shows such as Ready Steady Go! and Top of the Pops in late 1966. Eric Is Here was Burdon's final release for Decca Records 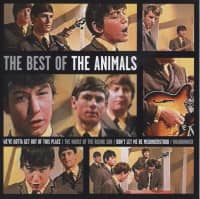 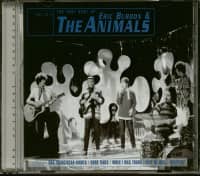 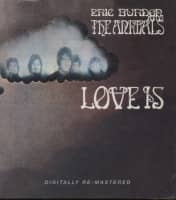 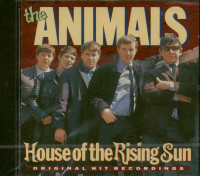