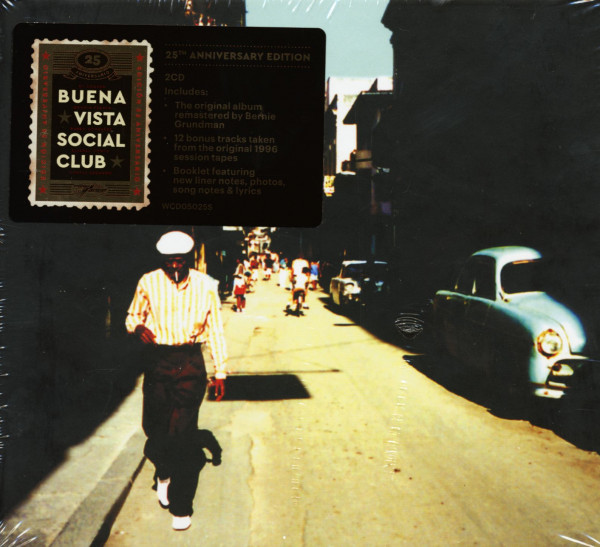 
The 25th anniversary reissue
A whopping 25 years have passed since the legendary album "Buena Vista Social Club" by the music project of the same name was released.

The album was recorded in 1996 in only seven days in Havana's EGREM studios from the 1950s.

The success of the original album made the artists stars and showed the world Cuba's rich musical heritage. In Germany, it reached number one in the charts.

To celebrate the 25th anniversary, there will be different 25th Anniversary Editions on CD and vinyl in 2021. In addition to the remastered original album, previously unheard tracks, previously unseen photos and new liner notes await. You can find the respective track listings below.