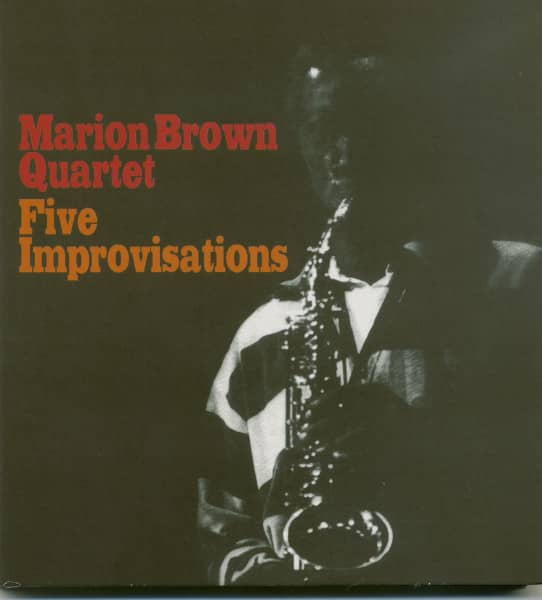 (2016/BE! Records) 5 tracks.
Marion Brown - alto saxophone, Brandon Ross - guitar,Jack Gregg - bass, Steve McGreven - drums. Marion Brown (1931 – 2010) was an American jazz alto saxophonist and ethnomusicologist. He is most well known as a member of the 1960s avantgarde jazz scene in New York City, playing alongside musicians such as John Coltrane, Archie Shepp, and John Tchicai. He performed on Coltrane's landmark 1965 album 'Ascension', and around 1970, he provided the soundtrack for Marcel Camus' film 'Le temps fou', featuring Steve McCall, Barre Phillips, Ambrose Jackson and Gunter Hampel. In 1976 he played alto saxophone on Harold Budd's ambient album 'The Pavillion of Dreams'. This recording of five unknown and unreleased quartet improvisations from 1977 was newly remastered for optimal sound.