BR5-49
One Long Saturday Night, plus 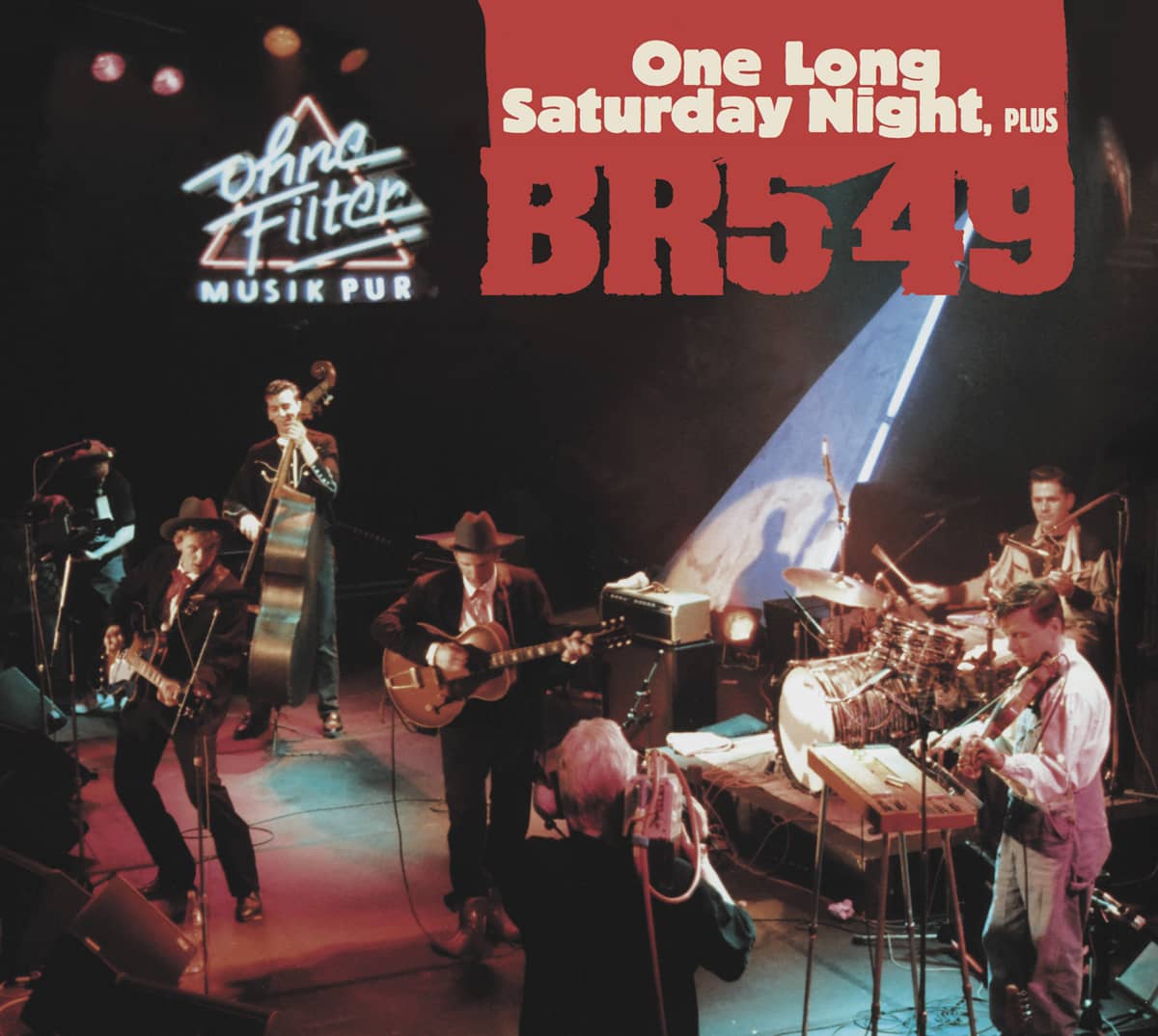 It was October 1994. The band had been playing together since April, and more and more people were showing up at Robert's Western Wear on a block called Lower Broadway in Nashville, Tennessee to see us play. Lower Broadway is the area downtown that is in the close proximity to the Ryman Auditorium - the home of the Grand Ole Opry from 1943 to 1974 – and visitors from all over the world come to commune with the spirit of country music in the honky tonks of Lower Broadway. What they found down there in 1994 was solo singers with guitar and gravelly voices singing in the front windows of those places for tips. We were really the only band down there for quite a while. For the first couple of months of our residency, we had to actually clear the stage of saddles, and racks of western cut shirts and boots to be able to set up our equipment to play. You see, it really was a western wear store and Robert had only recently put a bar in and started selling beer. The crowd was a real freak show – mostly a mixture of hardcore barflys, transients, tourists (many European), and construction workers who were building the new arena across the street. Traditionally, when summer ended and the tourists all went home and the transient people moved on to warmer regions, Lower Broadway became a ghost town. But here it was well into Autumn and the people were still coming down to see us play. Unknowingly, we done something unheard of in Nashville – we had become popular with the locals. Not only that, we started seeing hipsters hanging out drinking cheap beer and digging what we were doing. This one particular night in October, Robert's was packed and we were up there, as usual,  playing whatever we thought of to play – a mixture of old country, rockabilly and original material all off of the top of our heads – when we felt the place start losing control. Suddenly people were standing on beer coolers, pushing towards the stage all assholes to elbows dancing and singing along like we were all at some tent revival speaking in tongues and swept up in a power we couldn't resist. At the Hermitage Cafe after the gig, we sat eating our greasy eggs and marveling at what happened. "If only every night could be like that", we all said. 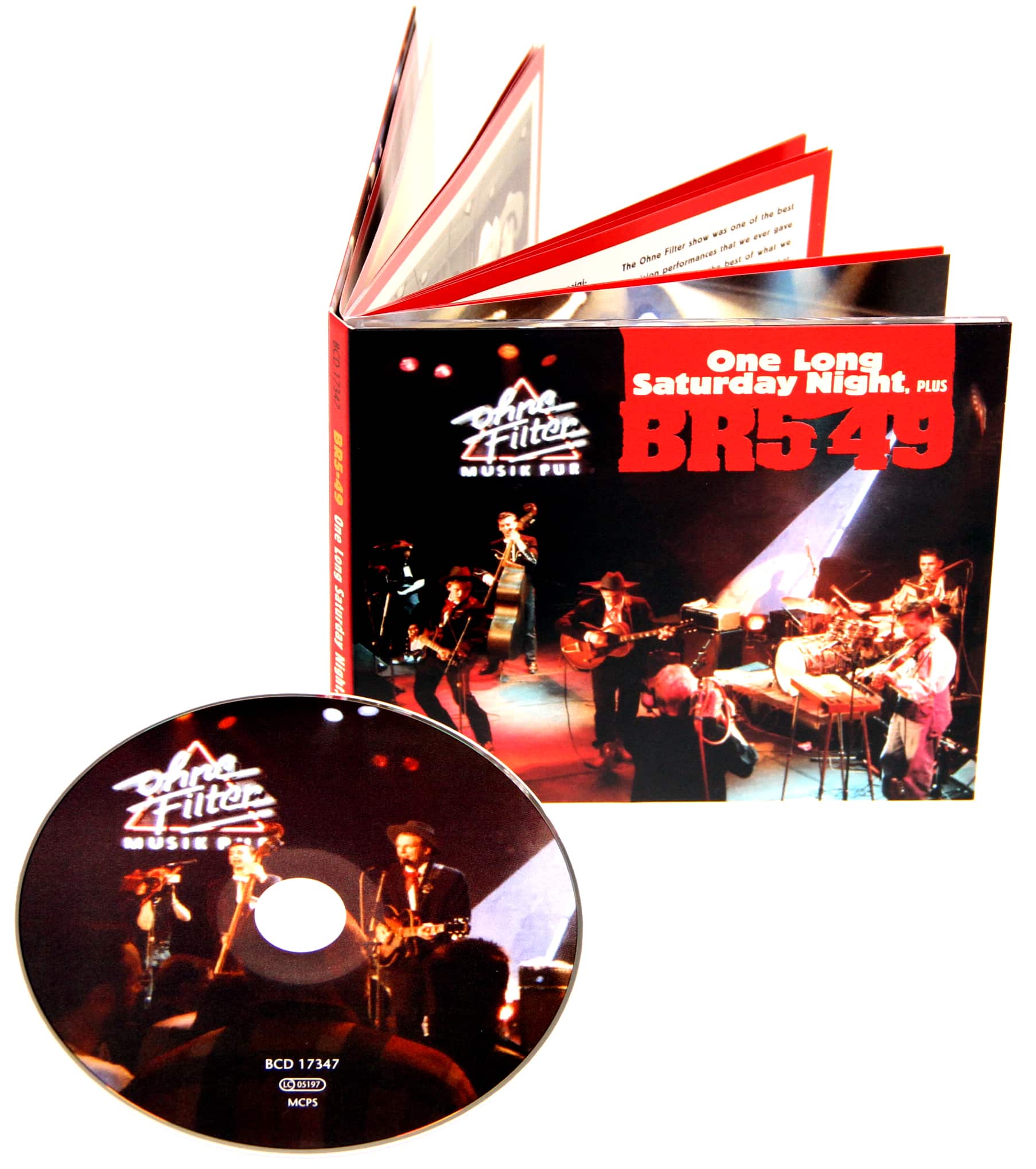 About a year and half later, we had been signed by a big record company and started traveling the world. We always tried to bring that night at Robert's to whatever stage we happened to be playing. We found ourselves on plenty of surreal stages too. Hockey arenas with Vince Gill, theaters with The Black Crowes, outdoor venues with Bob Dylan, and huge festivals in the UK and Europe. One stage we found ourselves on was an appearance on a German television show called Ohne Filter. This show really appealed to us because, unlike a lot of TV shows, you played live to a cafe type audience. As I listen to the recording of this show now after almost 20 years, I hear us bringing Robert's and the spirit of Lower Broadway to that television studio audience. Really, at this point, we were at the top of our game. The song list – all thrown out stream of consciousness style as usual – reads like a mini-Robert's show. Classic honky-tonk songs like Hank Williams' Long Gone Lonesome Blues, Ray Price's Crazy Arms and Heartaches By The Number, Hawkshaw Hawkins' Lonesome 7-7203, Webb Pierce's Honky Tonk Song and I Ain't Never, Johnny Horton's Cherokee Boogie and Ole Slewfoot. There are also western swing numbers Right Or Wrong, Take Me Back To Tulsa, rockabilly tunes like Carl Perkins' Gone, Gone, Gone and Carl Smith's Go Boy Go, and even a Gram Parsons song Big Mouth Blues. Then there are the original songs that appear on our self titled debut record Even If It's Wrong, Little Ramona, and One Long Saturday Night. Also we played Bettie Bettie from our 'Live At Robert's'EP, My Name Is Mud from our second LP 'Big Backyard Beat Show' and a song that never made it to any album release until now Hometown Boogie.

The Ohne Filter show was one of the best television performances that we ever gave because it illustrates the best of what we had to offer – five guys honestly doing what they loved and bringing all the people in the room into our groove for just a little while. It wasn't as out of control as that night in October of 1994, but I think the recording of the Ohne Filter show captures the spirit of Robert's and BR5-49.