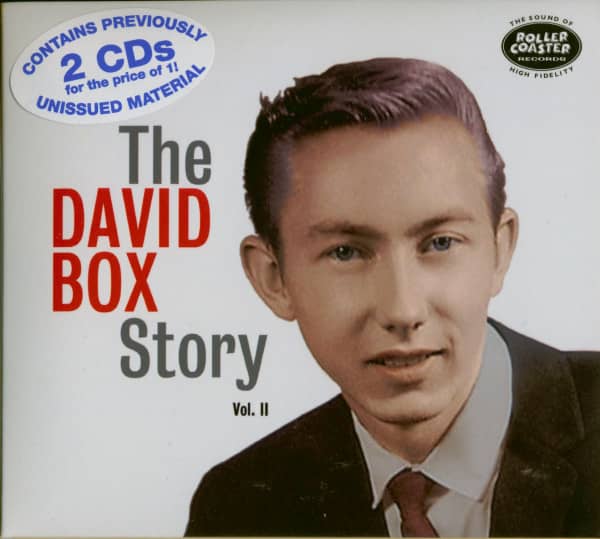 (2015/Roller Coaster) 62 tracks, 2-CD digipack, 48-page booklet containing everything one need! David Box is surely one of the 'Great Unknowns' from the rock'n'roll era. A previous album, ‘The David Box Story Vol.1’, dedicated to the memory of David, was so warmly received and so deeply appreciated by his many fans, that a follow-up, volume two of “The David Box Story” was conceived. This CD set compiles the remaining known recordings of David Box which were not included on “The David Box Story”.The tracks on CD1 are mostly high quality studio recordings. On CD2 we have included home demos, acetates and other recordings. Also included in our acclaimed Rolapak cover is a 48 page booklet designed by David Gibsone ....crammed with photos, memorabilia together interviews and memories, contributed by those who knew David. This package was lovingly supervised by David Box fan and archivist John Davison-White who supervised the first volume of David Box Story to critical acclaim.