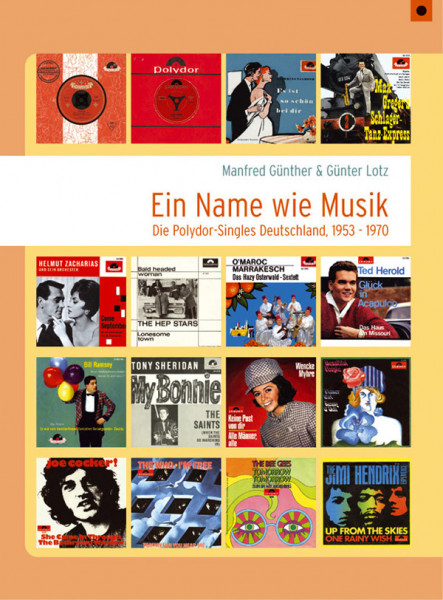 Especially in the fifties and sixties the releases of this label drew a lot of attention, especially in Germany, and in this country it was above all the 17-cm singles of this company that provided millions of fans with outstanding music. The amount of singles released in both 'golden' decades was so prolific as to be almost overwhelming. ,

Even collectors had (and do have) problems in getting an overview on how many were produced. Now, for the first time, there is a book that can help with this problem. 'The German Polydor Singles 1953 - 1970' lists, according to categories, in a user-friendly format, all of the 45rpm discs of this respected label: Schlager (Hits) and Beat, Orchestra melodies and Flower Power, Instrumentals, German party songs and International Pop. ,

Everything that was available is contained here and together. It comprises an absolutely indispensable compendium for collectors, archivists and all music fans. Here you have the guaranteed hitmakers next to the 'one hit wonders', world-famous stars side by side with unknowns from Geman provinces. ,

Here a Jimi Hendrix is a next door neighbor to Heintje, the Bee Gees next to a Jan Behrens and Michel Polnareff next to Polizeimusik Wien.

Another feature of the book: ,

In addition to the word and number presentation – wherever was possible. The covers of the singles were depicted and allow you an insight into the many-faceted cover art of those years in a very graphic way.  ,

Many who are interested will thereby get the possibility to see innumerable covers for the first time. Especially since the number of rare items in the program is extraordinarily large.  ,

Original documents from the Polydor archive and the collections of many engaged record collectors who were eager to help out have contributed to the creation of the work, which in its present form is absolutely unique:

And at the same time it’s a fascinating piece of culture history of this country.