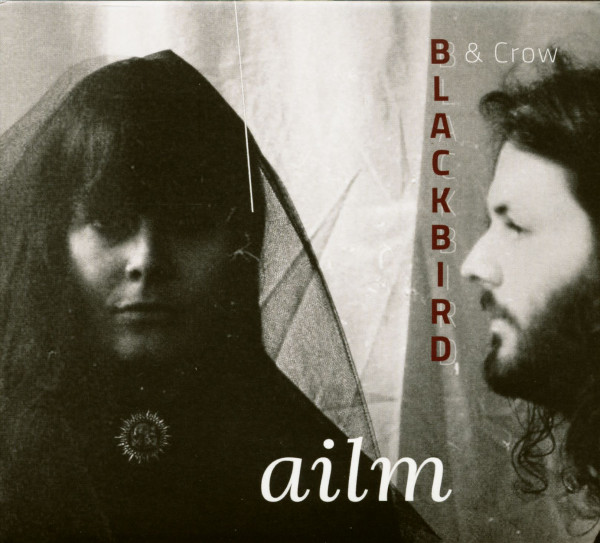 (Made in Germany) 15 tracks, digipack

The musical cosmos of BLACKBIRD & CROW is almost infinite, ranging from soul, blues, alternative rock, Americana to Irish folklore. Maighread and Stephen come from County Donegal in the North West of Ireland. They were discovered by Moya Brennan, the singer and harpist of Irish folk rock legend Clannad. After their debut Shock Shatter Convince (2017, self release) Ailm is the second album of this extraordinary duo.

Of course they are deeply rooted in the musical tradition of their homeland, but BLACKBIRD & CROW have always been open to many other currents of contemporary pop music. With Tommy McLaughlin (Altan, Villagers) they found the right producer who together with them realized their musical ideas for the new album. Old master Brian Masterson (Chieftaines, Van Morrison, Elvis Costello) then gave Ailm the musical finishing touches. Important for the duo are the lyrics to their songs, which are almost without exception written by Maighread. And they are sometimes not easy for the listener.

Far away from any everyday lyrics, topics such as addiction, suicidal thoughts, abuse, social alienation, fears as well as stories about lost souls on the fringes of society and the partly dark side of Celtic mythologies determine the content. This is supported by the great voice of Maighread and the virtuosity of Stephen on the string instruments. An impressive work by two exceptional musicians of a partly oppressive, almost slightly disturbing, morbid beauty.