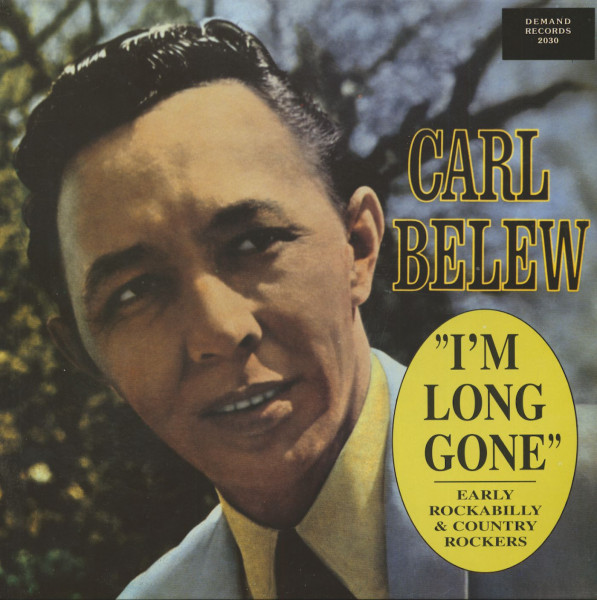 Singer-songwriter and guitarist Carl Robert Belew was born on April 21, Salina, Oklahoma. Before he was 10, the family moved on to Idaho, where he went through Junior High and into High School. When he was 13 he was given his first guitar and in short order he was taken after in two directions - as apprentice plumber, and guitarist-singer-songwriter. Eventually quitting High School, Carl learned the plumbing craft and soon hit the road as an Union card-carrying journeyman plumber. He followed the big construction jobs literally from Indian to California and from Idaho to Texas where he learned much of the people and getting ideas for his songs. Always, during these nomandic months, he had his guitar along with him, and every evening after work he played grueling one night stands in rinky-dink honkey tonks, minor venues and country fairs. He formed a five-piece band with Sun's Tommy Blake on guitar, and played local dances and on several regular radio shows.
On another occasion in Indiana, he won a Tri-State amateur contest and got his first try at television. In Terre Haute, Indiana, he met his wife Kate May and became father of son Robert Gene. During one his trips to California, he met and teamed up with Kenny Sowder who later became Carl's personal manager and co-writer on a number of his biggest hits. To promote their compositions they launched Sowder Records, custom pressed by 4 Star Records, and released the extremely rare 45 on Sowder-248 "I'm Long Gone" / "Silence And Tears" backed by his band The Riff Riders. Other recordings impressed William (Bill) McCall, a.k.a. W.S. Stevenson head of 4 Star records and offered him a contract. From 1955-57 he had self-penned top-ten hits such as "Am I That Easy To Forget", "Stop The World And Let Me Off" and "Lonely Street" (a hit for Andy Williams in '59 for Cadence, covered by Elvis Presley and credited by him, however he never wrote a song in his life, because of reference in lyrics in "Heartbreak Hotel").
Following this earlier recording successes in California he appeared regular on the Town Hall Party TV Show and Jubilee USA in 1956. Later he became a member of Shreveport's KWKH Louisiana Hayride where he remained untill 1959 when he left for Nashville, Tennessee as a guest performer on WSM's Grand Ole Opry. He made his home in Nashville, started a publishing company, wrote hits for Eddy Arnold, Jim Reeves and Billy Walker. He signed for Decca and RCA but chart success was not to be his. He continued to tour regulary untill cancer claims his life in November 1990.