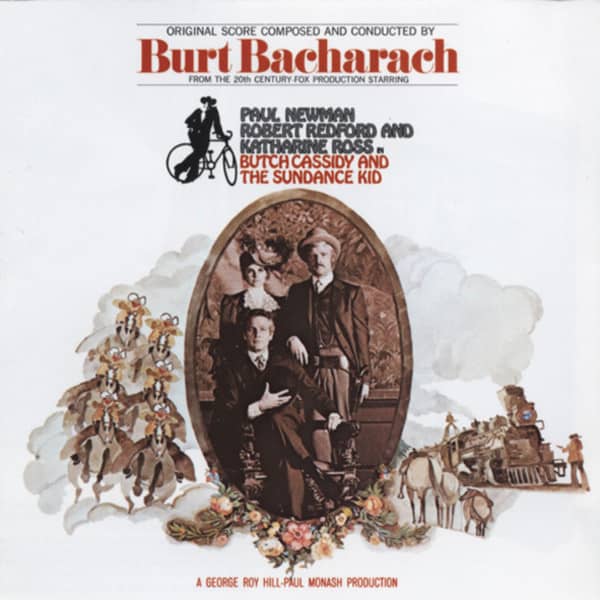 Burt Bacharach, now rarely credited for his innovation in the fields of pop composition and arrangement, was one of the most interesting and quietly influential figures of the early Sixties. Born in Kansas City, Missouri, on May 12, 1929, he studied music at McGill University in Montreal and, upon graduating, chose the classic route of becoming a piano accompanist to balladeers like Vic Damone and Steve Lawrence. By 1958, he had become a songwriter in partnership with Hal David. They were im-mediately successful with neat songs like 'The Story Of My Life' (Marty Robbins, 1957) and 'Magic Moments' (Perry Como, 1958). Bacharach worked briefly with Bob Hilliard, with whom he composed two memorable songs for the Drifters, 'Mexican Divorce' and 'Please Stay' (1961).

It was, however, with David that Bacharach formed his most famous and productive partnership : Hal David, a lyricist who had toiled long in the Broadway vine-yards, and whose sharp, witty, literate images provided the perfect foil for Bacharach's increasingly sophisticated melo-dies. Both men were steeped in a tradition which went back way beyond pop music to the classic show songs of Cole Porter, Irving Berlin, and George Gershwin, yet both had enough appreciation of the finer points of pop consciousness to be able to roll off dozens of hit songs in the early Sixties. Dionne Warwick — discovered by Bacharach singing back grounds on a Drifters session — was their protegee, their mouthpiece, and success came immediately through her with songs like her first hit 'Don't Make Me Over' (No. 21 in 1962), 'Anyone Who Had A Heart', 'Walk On By' (both Top Ten in 1963), 'You'll Never Get To Heaven', 'Reach Out For Me,' Here I Am', and many others on Scepter. Instantly apparent was the iconoclasm of Bacharach's melo-dic sense : few other singers could have coped with the daringly wide intervals, odd phrase-lengths, and uneven rhythms with. which he confronted Miss Warwick. Given his head as producer and arranger, he emphasized the more eccentric aspects of the songs, employing unusual instru-mental groupings and almost melodramatic orchestral punctuation. By the standards of contemporary pop he kept to no rules, and his exemplary knowledge and taste allowed him to get away with it.

During this period Bacharach and David also composed for other performers, and among their greatest artistic successes were Gene Pitney's smash '24 Hours From Tulsa' (with its famous two-trumpet phrase) and Jimmy Radcliffe's lesser known but equally attractive `Long After Tonight Is All Over'. Inevitably, as the rest of the world plagiarized their methods, the couple's success ratio declined, but as recently as 1970 one of their earliest songs, 'One Less Bell To An-swer', was renovated and became a No. 2 hit for the Fifth Dimension, thanks to its typical combination of sumptuous melody and imaginative lyric idea. Towards the end of the Sixties they wrote a Broadway musical called Promises, Promises — but it was not as successful as their previous efforts and ultimately the partnership was dissolved.

Since 1963 Bacharach had been recording (for MCA and A&M) in his own right, largely due to the popularity of TV specials and series built around him, and his own albums contain interestingly developed versions of songs like 'Walk On By', 'Close To You', 'The Look Of Love', 'Any Day Now', 'I Say A Little Prayer', and 'This Guy's In Love With You'. Since his last major hit with 'Raindrops Keep Falling On My Head' a No. 1 for B. J. Thomas in 1969 (from the soundtrack of the hit movie Butch Cassidy And The Sundance Kid), Bacharach's creative energy appears to have dwindled, and it's now doubtful if he will again achieve