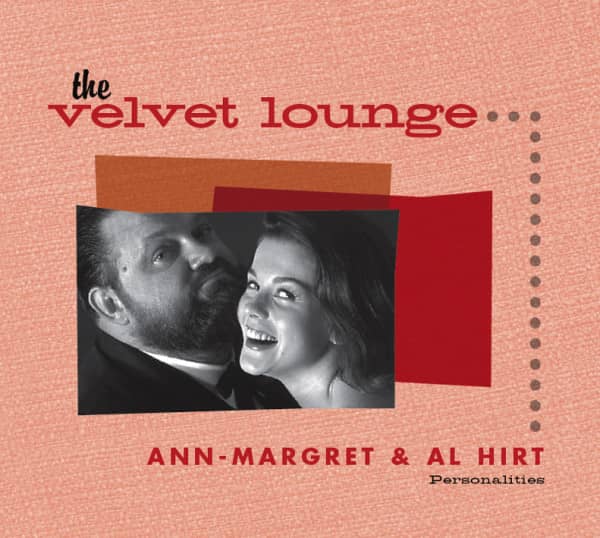 It has to be one of the oddest couples in recorded history. 'The Beard' - a burly giant of a man sometimes nicknamed Jumbo, in the person of then-42 year-old New Orleans trumpet legend Al Hirt and 'Beauty' - Ann-Margret at 22, just-out-of-the-litter as a sex-kitten, only three years into her fame. The unlikelihood of this teaming serves up one surprising and terrific cut after another.

This album finds Ann-Margret at the very beginning of her career. She had recently achieved the fresh-faced movie stardom of 'State Fair' and 'Bye Bye Birdie,' but hadn't yet graduated to 'grown-up' films like 'Carnal Knowledge' and 'Tommy.' Neither had she cemented her status as a full fledged sex-symbol replete with singing, dancing and acting chops suitable for sellout Las Vegas nightclub acts, TV variety specials and award-winning performances in blockbuster television dramas and mini-series of the 1970s and '80s like 'A Streetcar Named Desire,' and 'The Two Mrs Grenvilles' (a star of great longevity, in the '90s, she played opposite Jack Lemmon and Walter Matthau in the movies, 'Grumpy Old Men' and its sequel, 'Grumpier Old Men').

The story of this CD goes that both Al Hirt and Ann-Margret were booked into Las Vegas at the Dunes at the same time, which is where the idea for the album was born. It was recorded in Hollywood in January, 1964, the same year Ann-Margret would burn up the screen with Elvis Presley in 'Viva Las Vegas.'

Considering Ann-Margret's age and career trajectory, what's interesting is that in the shadow of Elvis, with pop music knuckling under to encroaching rock and roll and youth culture, this album was a project that joyfully and playfully embraces a lot of old-time standards. Not just then-current picks, but barrelhouse classics and Eddie Cantor and Ruth Etting stalwarts from forty years earlier - Bill Bailey, Everybody Loves My Baby (But My Baby Don't Love Nobody But Me), Ma (He's Making Eyes At Me) - just the ticket for a hardened jazzman and a kid for whom the seductive bit was a showbiz put-on, to have a load of fun.

Happily, it's as much fun for the listener as these two seem to be having together. The music, with Hirt's virtuoso trumpet as a tent-pole, is impeccable; and one is reminded, among all the sexpot hype of her career, of Ann-Margret's sophisticated talent as a singer and musician.

It's Hirt's vocals, though, that threaten to run away with the show - out of such a large man, a shy, whispery voice, with jazzman's inflections. During their banter, you could swear he's blushing. Born Alois Maxwell Hirt in New Orleans in 1922, he apprenticed with swing bands including those of both Dorsey brothers and Benny Goodman (he'd already done a stint as an Army bugler in World War II). Eventually, his hometown and the Dixieland sound called him back (for two decades, he owned his own club on Bourbon Street in the French Quarter). In his heyday, in the 1950s and '60s, he posted almost two dozen albums on the 'Billboard' charts, including the albums 'Honey In The Horn' and 'Cotton Candy;' he won a Grammy award with his hit single cover of the tune Java, and with a Billy May arrangement, it is his trumpet heard on the legendary TV theme for the 1960s show, 'The Green Hornet.'

These recordings find him at the height of his popularity. Rapport with his sexy young duet partner is obvious, in the chatty ad libs on songs like The Best Man and 'Taint What You Do (It's The Way That Cha Do It) - banter that purports to be risqué, but nowadays, seems sweetly innocent.

In fact, Ann-Margaret specialized in playing both sides of that coin. After being brought to the U.S. at the age of five from Valsjöbyn Sweden, where she was born Ann-Margret Olsson in 1941, she was raised in Illinois, and discovered by George Burns while still a teenager. He hired her for his nightclub act, and from the master, she learned how to play a foil, particularly to older men; she subsequently worked with a slew of veteran comedians in the Burns crowd, like Jack Benny and Bob Hope. That same vibe is evident parrying here with Hirt.

She and Hirt winkingly breeze through this CD's fifteen cuts, which are culled from Bear Family's 1999 5-CD Ann-Margret box set. Included is perhaps their most well-known cut, Baby It's Cold Outside, also Mutual Admiration Society (from the 1956 Ethel Merman vehicle, 'Happy Hunting'), Burke and Van Heusen's Personality, My Baby Just Cares For Me, Row, Row, Row (the set's most old-timey selection, from the Ziegfeld Follies of 1912), and Mack The Knife - the last, along with Mama's Gone, Goodbye and I Wish I Could Shimmy Like My Sister Kate, are bonus tracks.

The fact that someone had the unlikely idea to pair these two performers has given us one terrific and serendipitous collection that is as musically astute as it is entertaining. It's nice to know, thanks to this new release, that new generations of listeners can find this out for themselves.

$26.77 *
more details
Show all "Ann-Margret" articles
The Velvet Lounge - Exotica Heroes and Easy Listening Troubadours
Exotica Heroes and Easy Listening Troubadours The 'Velvet Lounge' is a remarkable re-release series for all things elegant, entertaining, and sometimes even exotic. This addition presents itself as a comfortable and welcoming home for terrific treasures from the fabulous Fifties and the strange Sixties. A mark of quality for all kinds of audio-finds from long ago and far away.
10.03.2017
Similar products Customers also bought Customers also viewed
Similar products
Jersey, Jack: Pappa Was A Poor Man - No Regrets (7inch,... Art-Nr.: 45JJ625019 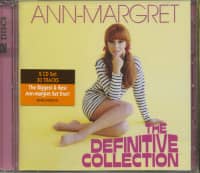