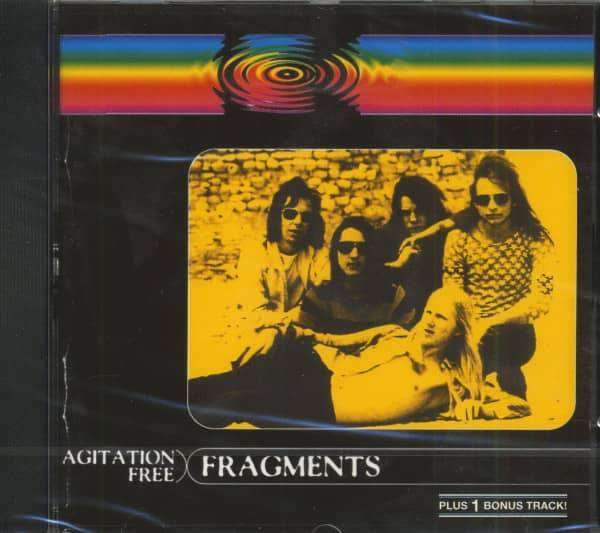 (Garden Of Delights) 5 tracks
The last gig of Agitation Free (with guests) took place on 14.11.1974 in Berlin and was recorded by Klaus D. Müller.
It was already released as CD in 1995 on Musique Intemporelle and in 1996 on Spalax, as far as the tapes could be found, but in bad sound, where the basses can hardly be heard. This deficiency has now been corrected in the issue on Garden of Delights. In direct comparison a difference like day and night.

As an additional track a blues can be found. Furthermore, "Someone's secret" and "We are men" can now be heard in full length without any cuts. Only "Mediterranean flight" is not from this performance, but from the radio play "Störenfried" from summer 1974. All in all "Fragments" is not quite as spherical and playful as their masterpieces "Malesch" and "2nd".